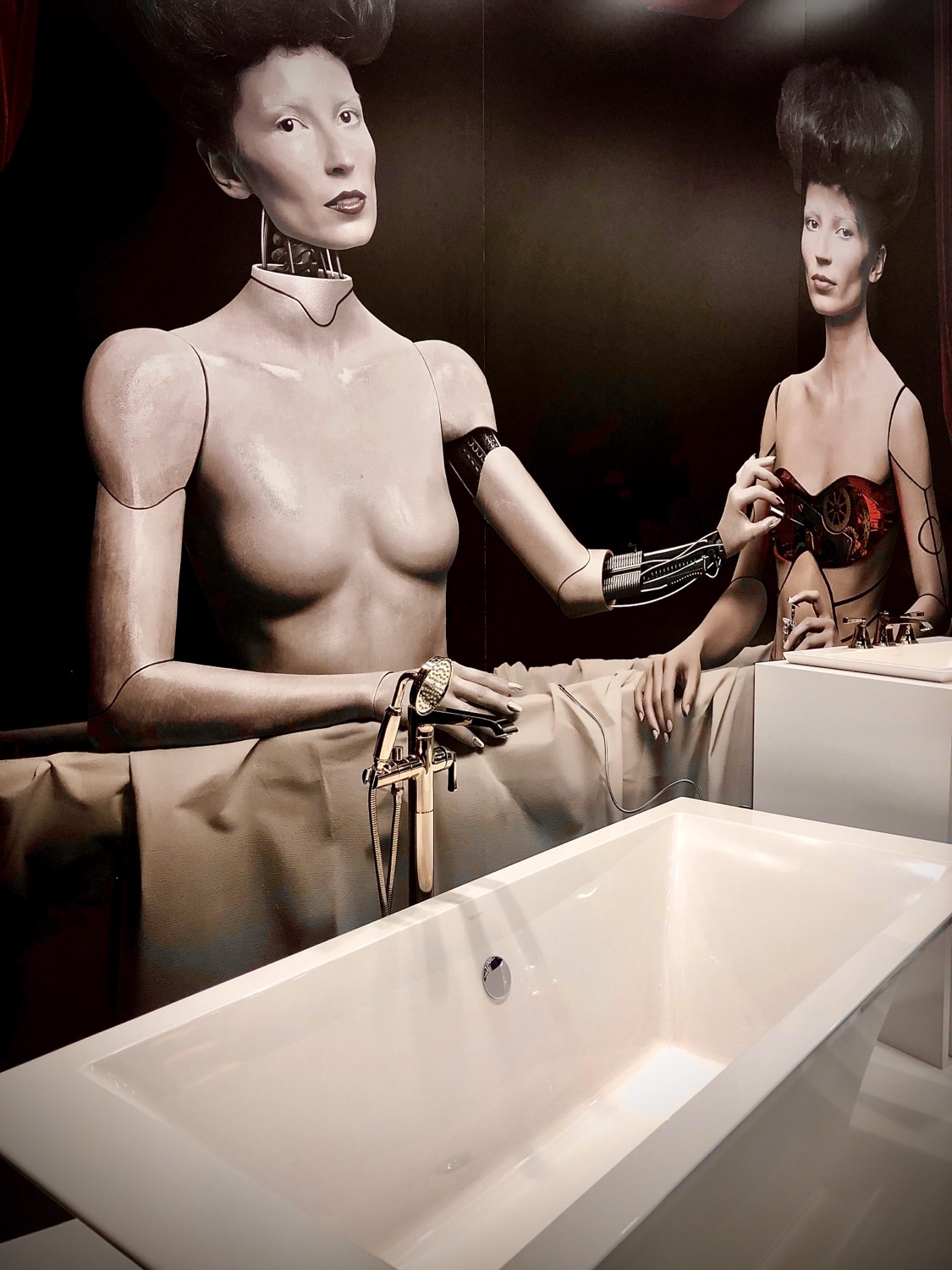 One rather gloomy winter day, I found myself slowly ambling around the halls of the Chicago Merchandise Mart peering into the showrooms that displayed some of the most beautiful, sophisticated and contemporary designs in the world. Kitchens, bathrooms, flooring, fabric and the faucets. It’s amazing the amount of intentional creativity it must take to make a faucet new and sexy. Now please don’t take that as a derogatory comment as I am in awe of good design. It’s true. And I am quite happy to visit friends and family that have invested and have incorporated high design into their homes; I have found that I am just as good staying in a home that has no AC - or air con as many other countries say. If the home is full of love and kindness, it’s all good!

My daughter is employed by a big PR agency that has its offices in the Mart, and this is one proud of momma. She is using her creativity, shows a strong work ethic, and most importantly, she loves her craft and is finding ways to give back to society. I know the millennials get a bad rap as they have pretty clear boundaries about how they want to live and work, but she (and many others her age) give me hope.... and inspiration.

I must admit to being a little uncertain about the homecoming after being away for so long and how it was going to unfold. In the past when I’ve returned to the States after an extended time, the re-entry is always hard. Hard meaning the frenetic pace and the excessive consumerism are hard to embrace again. So, I’ve been pleasantly surprised by how relatively easy it has been. I think after having literally traveled the world and experienced all the ways in which people are living and loving, my sense of peace and acceptance for all things has grown exponentially. I’ve fundamentally changed. The US is awesome and screwed up all at the same time - just as is every other country I explored. What we’ve created in the US is just part of the big beautiful tapestry that wraps the globe. If you stand really close and scrutinize the fibers, you will find flaws and inconsistencies, but when you step away and look again - all the inconsistencies meld into beauty.... (I know.... it doesn’t always feel that way...) Whew.

And I found I wanted to return to family - kind of a self test. I don’t know if anyone else can be turned into an adult version of your younger 12 year old self merely by walking through the doors of your parents home and into a house full of family, but I know it has happened to me. So this was definitely a test to see if I was changed as deeply as I hoped... And, though there were still occasions of being triggered and biting of lips during political discussions, I think I passed! But I think my nephew said it best. He said he noticed that we were all being kinder to each other. That was a true gift...

I walked around the little village of Coesse over the holidays where my parents live and tried to see with new eyes. I noticed that most of the frame houses in the little village were bare of any shrubbery and the block foundations exposed their full support of the lapped white siding. The long one story block building had its large garage doors open which housed the large red fire truck which too had its doors open. The volunteer fire squad was literally cleaning house on a sunny warmish winter day. It was the first day after the winter solstice which always gives me hope for longer days. And the rambunctious squirrels were out in force fueled by sunny skies. The boldness of one made me laugh as all the others had scampered off when they felt me approach, but one - she raised up on her hind legs and just waited. I slowed my gate as I approached before coming to stillness, and I remember breaking out in an involuntary full tooth smile. We had a standoff for a minute before she slowly lowered herself to the ground and loped across the field to the woods beyond.

I’m off to do a couple of more things that I put on my “stuff I’ve always wanted to do” list after realizing I had more financial freedom that I dared to dream. I’ll keep you apprised upon my arrival.

Oh, and if you can remember to live from a place of abundance, I’ve discovered that’s it’s amazing how the world opens up....

A Rolling Vision Quest around some lakes...

What a wild chapter: